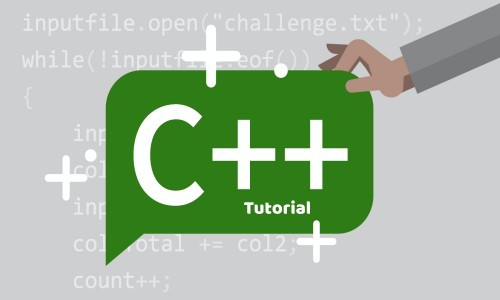 Every Topic is Explained with Real life Examples This course is designed by IITians and those peoples who cleared top companies interviews like Google, amazon, Microsoft

In this course we have covered C++ tutorial in hindi from  beginners to advanced fundamentals. Concepts of C++ programming are made very simple and easy using best animated visual. Every topic is covered in greater detail.  Programs and Bullet points are provided as resource. Every Topic is Explained with Real life Examples This course is designed by IITians and those peoples who cleared top companies interviews like Google, amazon, Microsoft.

Basics of number system in C++ in hindi:

Functions in C++ in hindi:

Space and Time Complexity in hindi:

Pointers in C++ in hindi:

Bit Manipulation in C++ in hindi:

Introduction to Recursion in C++ in hindi:

Recursion II in C++ in hindi:

Back Tracking in C++ in hindi:

Divide and Conquer in C++ :

Generic Programming in C++ in hindi:

Vectors in C++ in hindi:

Object-Oriented Programming in hindi or OOPS Concepts in C++ in hindi:

Challenges in C++ in hindi:

Queries in C++ in hindi:

Binary Trees in C++ in hindi :

A compiler is a computer program that translates a program written in a high-level language to the machine language of a computer. The high-level program is referred to as 'the source code.' The compiler is used to translate source code into machine code or compiled code. This does not yet use any of the input data. When the compiled code is executed, referred to as 'running the program,' the program processes the input data to produce the desired output.

How to Start Programmings :

Algorithm is a step-by-step procedure, which defines a set of instructions to be executed in a certain order to get the desired output. Algorithms are generally created independent of underlying languages, i.e. an algorithm can be implemented in more than one programming language.

Flowcharts are written with program flow from the top of a page to the bottom. Each command is placed in a box of the appropriate shape, and arrows are used to direct program flow.

Pseudocode is a method of describing computer algorithms using a combination of natural language and programming language. It is essentially an intermittent step towards the development of the actual code. It allows the programmer to formulate their thoughts on the organization and sequence of a computer algorithm without the need for actually following the exact coding syntax