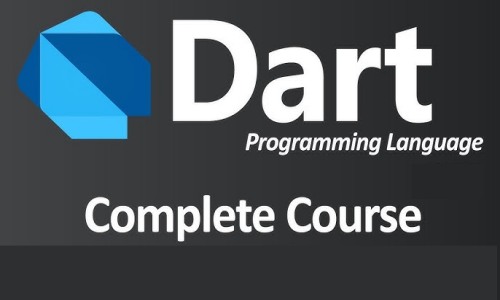 In this course , we have design for those aspirants who want to learn flutter. In this tutorial you will learn dart programming language.

Curriculum for this course
6 Lessons 00:57:34 Hours
Dart tutorial for beginners
6 Lessons 00:57:34 Hours
Requirements
+ View more
Description
In this series of Flutter we will see Flutter-dart programming introduction. Flutter was created by Google in 2011. Flutter is an open-source, general-purpose, object-oriented programming language, whose syntax is almost similar to C. The main purpose of Dart programming is used to create frontend user interface for web and mobile. Dart also like other programming language supports almost all the main concepts like – classes, interfaces, functions etc. Dart does not support programming language arrays directly. It supports collections, which are used to replicate data structures such as arrays, generics, and other optional typing.

Flutter Architecture is mainly made up of four components –

Flutter engine is a portable runtime for high-quality mobile applications, mainly based on c++. It implements the core libraries of flutter which include Animation and Graphics, File and Network I/O, Accessibility Support, Plugin Architecture and Dart Runtime to develop, compile and run flutter application. It uses Google's Skia, the open-source graphic-library, to render low-level graphics.

Foundation Library holds all the necessary packages to write any flutter application, which is written in the dart programming language.