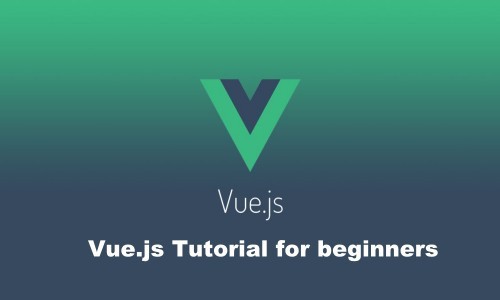 Vue js is a frontend framework of javascript. It is still not popular like Angular Js. It is similar as an angular js framework.

Vue js is a frontend framework of javascript. It is still not popular like  Angular Js. It is similar as an angular js framework. Vue js framework is lightweight framework and the size is 18-21 KB. It's also used for design a  single page application. Vue js is having high run time performance. it is very fast framework than angular js.

Vue js was developed by Evan in February 2014 and also managed by him and rest of present team members those coming from other companies like Netlify and Netguru. it's initial version released in feb 2014 , and now current version available 2.6.11. Vue js is also open source framework like an angular js and React js. It's mostly used with NPM (Node package manager) or you can use with NPM also.

Vue js with command line interface used for development , build and serve etc. CLI can't use with CDN and with package manager.

Vue js is best compatibility with laravel. we use vue js for interface design and laravel for backend development.  if you want full stack developer . then Vue js with Laravel is best combination for backend language.

There are a few reasons to use Vue.js over Angular, although they might not apply for everyone:

Ember is a fully featured framework that is designed to be highly opinionated. It provides a lot of established conventions, and once you are familiar enough with them, it can make you very productive.

A directive is some special token (Special attribute) in the HTML that tells the library to do something to a DOM element. It means Directive are some HTML attribute which is used inside the template and they are started from v- .  v- is indicate that vue special attribute. In Vue.js, the concept of directive is drastically simpler than that in Angular. Some of the directives are :

Filters makes globally in vue js and  don't need to import any other file. Filters in Vue js is using for change of output display data. Like as any output , if we need to change output in uppercase or lowercase and change currency dollor to INR etc.

Props is known as properties , we pass props in component like parameter pass in functions. props is the way to pass the data from parent component to child component.

See all things how to create props in videos tutorial.

Routing is the method which allows to user switch one page to another page without loading a webpage.  we also define routers and how to create and all in videos tutorials please check and enroll course .

V-for use for rendering a list of item based on array. The v-for directive allows us to iterate over an array to display data. We used an alias for the items in the array being iterated on, and we specify the name of the array we are looping through.

we are using directive to render elements

In this section we will learn new thing concerning 'event handling', 'methods' and 'computed properties'.

In HTML events are things that happen into HTML elements. When we used Vue.js in HTML pages, it can react events. In HTML, events can demonstrate everything from basic user interactions to things happening into rendering model. Some examples of HTML events are following:

A piece of code that is reusable for creating a specific task. We can say one section will be components.  It is most efficient Feature of Vue.js. It extend to basic html elements to encapsulated reusable code.

The need of data binding is manipulating an element's class and it's style. In case we can use

Object style for v-bind:style is straightforword. It looks like CSS.

Vue-resource is a plugin for vue.js. It's provide services for making web request and handing respponse using an XMLHTTP Request or JSONP.

After that open main.js file and import this

In this tutorial we will also explain about vue js interview questions..... 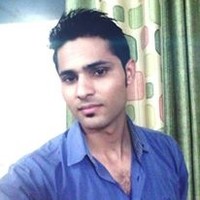 Experienced Software Engineer with a demonstrated history of working in the IT industry. Skilled in React-Native,React js, PHP, javascript, lavavel ,codeigniter. Strong engineering professional with a Engineer’s Degree focused in Computer Science from Institute of engineering and management,Alwar.